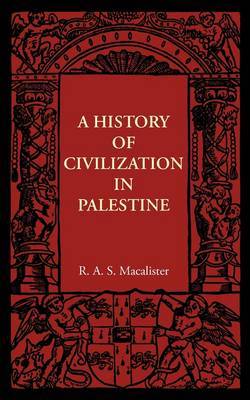 A history of civilization in Palestine

Originally published during the early part of the twentieth century, the Cambridge Manuals of Science and Literature were designed to provide concise introductions to a broad range of topics. They were written by experts for the general reader and combined a comprehensive approach to knowledge with an emphasis on accessibility. First published in 1912, A History of Civilization in Palestine was written by the scholar and archeologist R. A. S. Macalister. The book follows the development and course of civilization in the region from the time of its earliest inhabitancy till the beginning of the twentieth century.