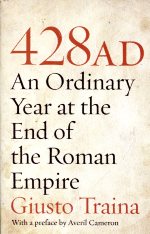 This is a sweeping tour of the Mediterranean world from the Atlantic to Persia during the last half-century of the Roman Empire. By focusing on a single year not overshadowed by an epochal event, "428 AD" provides a truly fresh look at a civilization in the midst of enormous change - as Christianity takes hold in rural areas across the empire, as western Roman provinces fall away from those in the Byzantine east, and as power shifts from Rome to Constantinople. Taking readers on a journey through the region, Giusto Traina describes the empires' people, places, and events in all their simultaneous richness and variety. The result is an original snapshot of a fraying Roman world on the edge of the medieval era. The result is an original snapshot of a fraying Roman world on the edge of the medieval era. Readers meet many important figures, including the Roman general Flavius Dionysius as he encounters a delegation from Persia after the Sassanids annex Armenia; the Christian ascetic Simeon Stylites as he stands and preaches atop his column near Antioch; the eastern Roman emperor Theodosius II as he prepares to commission his legal code; and, Genseric as he is elected king of the Vandals and begins to turn his people into a formidable power. We are also introduced to Pulcheria, the powerful sister of Theodosius, and Galla Placidia, the queen mother of the western empire, as well as Augustine, Pope Celestine I, and nine-year-old Roman emperor Valentinian III. Full of telling details, "428 AD" illustrates the uneven march of history. As the west unravels, the east remains intact. As Christianity spreads, pagan ideas and schools persist. And, despite the presence of the forces that will eventually tear the classical world apart, Rome remains at the center, exerting a powerful unifying force over disparate people stretched across the Mediterranean. 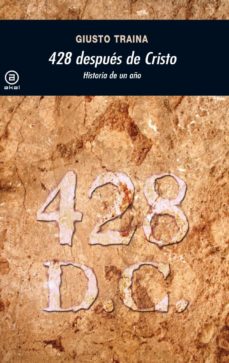