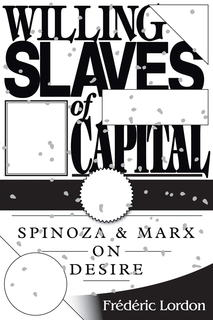 Willing slaves of capital
Spinoza and Marx on desire

Why do people work for other people? This seemingly naïve question is more difficult to answer than one might at first imagine, and it lies at the heart of Lordon's Willing Slaves of Capital.

To complement Marx's partial answers, especially in the face of the disconcerting spectacle of the engaged, enthusiastic employee, Lordon brings to bear a 'Spinozist anthropology' that reveals the fundamental role of affects and passions in the employment relationship, reconceptualizing capitalist exploitation as the capture and remoulding of desire.

A thoroughly materialist reading of Spinoza's Ethics allows Lordon to debunk notions of individual autonomy and selfdetermination while simultaneously saving the ideas of political freedom and liberation from capitalist exploitation. Willing Slaves of Capital is a bold proposal to rethink capitalism and its transcendence on the basis of the contemporary experience of work. 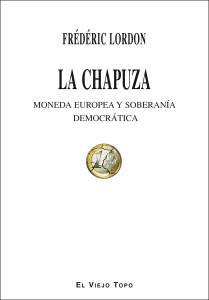