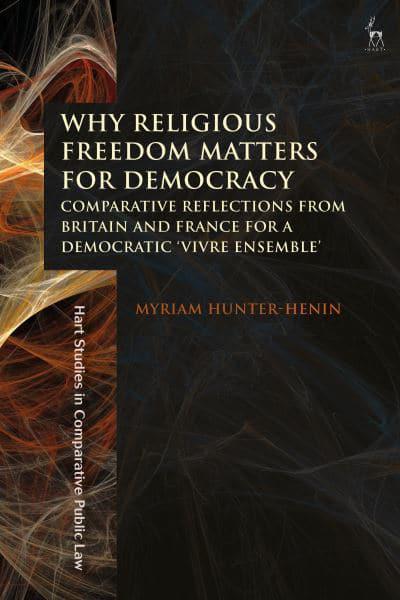 Should an employee be allowed to wear a religious symbol at work? Should a religious employer be allowed to impose constraints on employees' private lives for the sake of enforcing a religious work ethos? Should an employee or service provider be allowed, on religious grounds, to refuse to work with customers of the opposite sex or of a same-sex sexual orientation? This book explores how judges decide these issues and defends a democratic approach, which is conducive to a more democratic understanding of our vivre ensemble. The normative democratic approach proposed in this book is grounded on a sociological and historical analysis of two national stories of the relationships between law, religion, diversity and the State, the British (mainly English) and the French stories. The book then puts the democratic paradigm to the test, by looking at cases involving clashes between religious freedoms and competing rights in the workplace. Contrary to the current alternative between the "accommodationist view", which defers to religious requests, and the "analogous" view, which undermines the importance of religious freedom for pluralism, this book offers a third way. It fills a gap in the literature on the relationships between law and religious freedoms and provides guidelines for judges confronted with difficult cases.

1. Introduction
I. Goals of the Book
A. The Method of Avoidance
B. The Principle of Inclusion
C. The Principle of Revision
D. The Analogous-to-Secular View
E. The Accommodationist View
II. Summary of My Main Argument
A. Implications for Law
B. Implications of My Argument for Theories of Democracy and Legal Pluralism
C. A Contextual and Comparative Approach
III. Structure of the Argument
IV. Conclusion