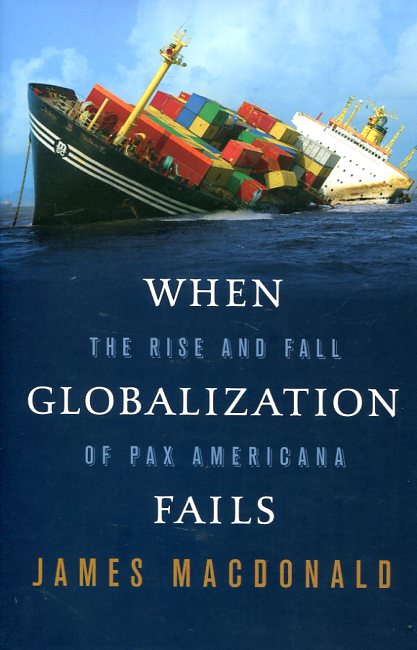 When globalization fails
the rise and fall of pax americana

s globalization a recipe for war? In the nineteenth century, liberals exulted that the spread of commerce would usher in prosperity and peace, but these dreams were dashed by imperial squabbles, the carnage of 1914-18, and the protectionism, depression, and conflict that followed. In the wake of World War II, the globalists tried again. With the Communist bloc disconnected from the global economy, a new international order was created, buttressing free trade with the informal supremacy of the United States. But this benign period is coming to an end. Expertly combining political, economic, and military history in the manner of Niall Ferguson and Paul Kennedy, James Macdonald stresses that if industrial nations are more prosperous, they are also more vulnerable. While a dependence on trade may push toward cooperation, the attendant insecurity pulls in the opposite direction-leading to conflict. In Macdonald's telling, World War I's naval blockades were as important as its trenches, and World War II was a struggle for raw materials in a world that had rejected free trade. Today, the Pax Americana that kept insecurities at bay is being undermined by China's rise, with potentially dangerous consequences. Rich in original historical analysis and enlivened by vivid quotation, When Globalization Fails recasts what we know about war, peace, and trade, and raises vital questions about the future.