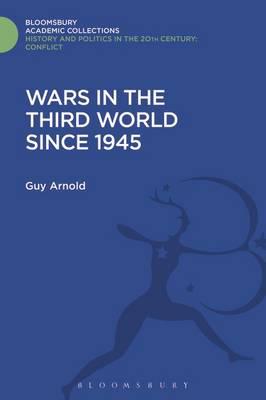 Wars in the Third World since 1945

With nuclear stalemate holding the superpowers in check during the Cold War, violence proliferated in the Third World. Sometimes this took the form of colonial liberation wars as the old European empires disintegrated after the Second World War (Algeria 1954-1962 or Kenya 1952-1959); sometimes the violence was between Third World countries such as the Iran-Iraq War, and sometimes it involved the major powers directly: the Korean War, the Vietnam War, the Soviet intervention in Afghanistan. Certain regions - Central America, Southern Africa, the Horn of Africa or the Middle East - have been in more or less perpetual turmoil for thirty years and more. But whatever form the violence has taken -protracted guerrilla activity against the central government or short, sharp border war - the big powers have always been involved. They have provided arms to one or both sides, they have supported their ideological proteges and, more generally, have manipulated such wars to their own advantage. This book examines five broad categories of war: colonial liberation wars, big power intervention wars, wars between Third World countries, the special area of Israel and its neighbours, and civil wars.