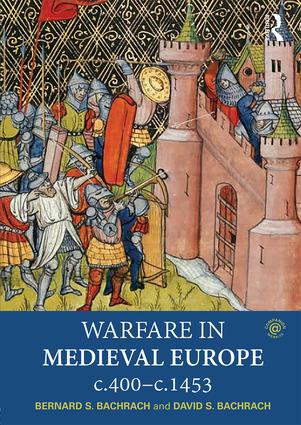 Warfare in Medieval Europe c. 400-c.1453 provides a thematic discussion of the nature and conduct of war, including its economic, technological, social, and religious contexts, from the late Roman Empire to the end of the Hundred Years’ War. The geographical scope of this volume encompasses Latin Europe from Iberia to Poland and from Scandinavia and Britain to Sicily and includes the interaction between Europe and the eastern Mediterranean, particularly in the context of the crusading movement.

Bernard and David Bachrach explore the origins of the institutions, physical infrastructure, and intellectual underpinnings of medieval warfare and trace the ways in which medieval warfare was diffused beyond Europe to the Middle East and beyond. Written in an accessible and engaging way and including chapters on military topography, military technology, logistics, strategy and combat, this is a definitive synthesis on medieval warfare.

The book is accompanied by a companion website which includes interactive maps of the chief military campaigns, chapter resources, a glossary of terms and an interactive timeline which provides a chronological backbone for the thematic chapters in the book.

Warfare in Medieval Europe is an essential resource for all students of medieval war and warfare. 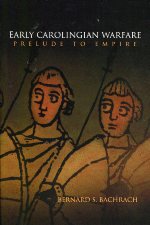