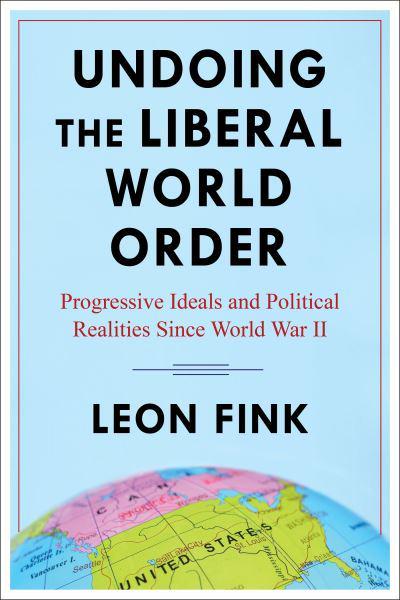 In the decades following World War II, American liberals had a vision for the world. Their ambitions would not stop at the water's edge: progressive internationalism, they believed, could help peoples everywhere achieve democracy, prosperity, and freedom. Chastened in part by the failures of these grand aspirations, in recent years liberals and the Left have retreated from such idealism. Today, as a beleaguered United States confronts a series of crises, does the postwar liberal tradition offer any useful lessons for American engagement with the world?

The historian Leon Fink examines key cases of progressive influence on postwar U.S. foreign policy, tracing the tension between liberal aspirations and the political realities that stymie them. From the reconstruction of post-Nazi West Germany to the struggle against apartheid, he shows how American liberals joined global allies in pursuit of an expansive political, social, and economic vision. Even as liberal internationalism brought such successes to the world, it also stumbled against domestic politics or was blind to the contradictions in capitalist development and the power of competing nationalist identities. A diplomatic history that emphasizes the roles of social class, labor movements, race, and grassroots activism, Undoing the Liberal World Order suggests new directions for a progressive American foreign policy.