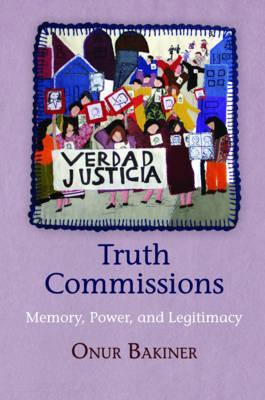 Since the 1980s a number of countries have established truth commissions to come to terms with the legacy of past human rights violations, yet little is known about the achievements and shortcomings of this popular transitional justice tool. Drawing on research on Chile's National Truth and Reconciliation Commission and Peru's Truth and Reconciliation Commission, and exploring the scholarship on thirteen other transitional contexts, Onur Bakiner evaluates the success of truth commissions in promoting policy reform, human rights accountability, and the public recognition of human rights violations. He argues that although political elites often see a truth commission as a convenient way to address past atrocities, the findings, historical narratives, and recommendations of such commissions often surprise, upset, and discredit influential political actors. Even when commissions produce only modest change as a result of political constraints, Bakiner contends, they open up new avenues for human rights activism by triggering the creation of new victims' organizations, facilitating public debates over social memory, and inducing civil society actors to monitor the country's human rights policy.

Bakiner demonstrates how truth commissions have recovered basic facts about human rights violations, forced societies to rethink the violence and exclusion of nation building, and produced a new dynamic whereby the state seeks to legitimize its central position between history and politics by accepting a high degree of societal penetration into the production and diffusion of official national history. By doing so, truth commissions have challenged and transformed public discourses on memory, truth, justice, reconciliation, recognition, nationalism, and political legitimacy in the contemporary world.