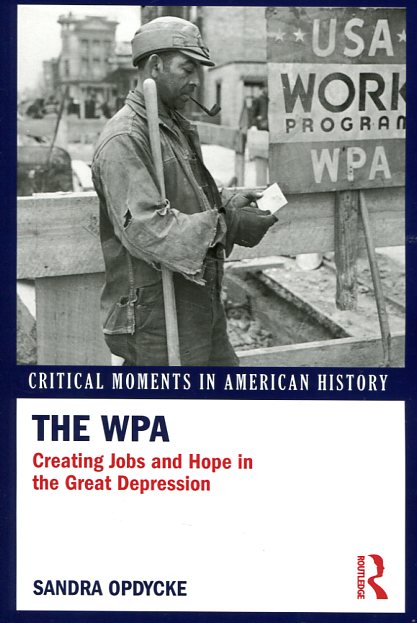 The WPA
creating jobs and hope in the Great Depresion

Established in 1935 in the midst of the Great Depression, the Works Progress Administration (WPA) was one of the most ambitious federal jobs programs ever created in the U.S. At its peak, the program provided work for almost 3.5 million Americans, employing more than 8 million people across its eight-year history in projects ranging from constructing public buildings and roads to collecting oral histories and painting murals. The story of the WPA provides a perfect entry point into the history of the Great Depression, the New Deal, and the early years of World War II, while its example remains relevant today as the debate over government's role in the economy continues. In this concise narrative, supplemented by primary documents and an engaging companion website, Sandra Opdycke explains the national crisis from which the WPA emerged, traces the program's history, and explores what it tells us about American society in the 1930s and 1940s. Covering central themes including the politics, race, class, gender, and the coming of World War II, The WPA: Creating Jobs During the Great Depression introduces readers to a key period of crisis and change in U.S. history.