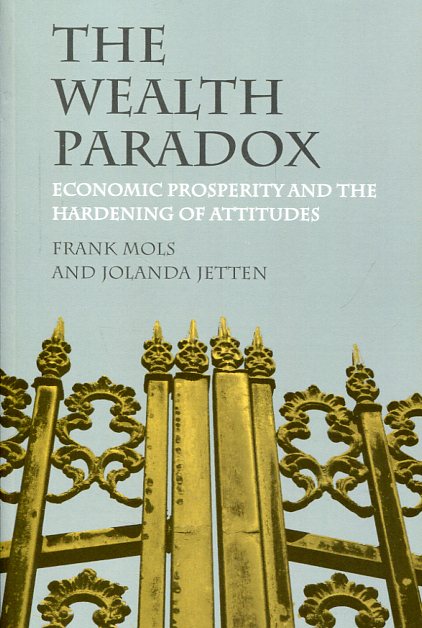 The wealth paradox
economic prosperity and the hardening of attitudes

The West is currently in the grip of a perfect storm: a lingering economic recession, a global refugee crisis, declining faith in multiculturalism, and the rise of populist anti-immigration parties. These developments seem to confirm the widely held view that hardship and poverty lead to social unrest and, more specifically, scapegoating of minorities. Yet in this provocative new book, Mols and Jetten present compelling evidence to show that prejudice and intergroup hostility can be equally prevalent in times of economic prosperity, and among more affluent sections of the population. Integrating theory and research from social psychology, political science, sociology, and history, the authors systematically investigate why positive factors such as gratification, economic prosperity, and success may also fuel negative attitudes and behaviours. The Wealth Paradox provides a timely and important re-evaluation of the role that economic forces play in shaping prejudice.