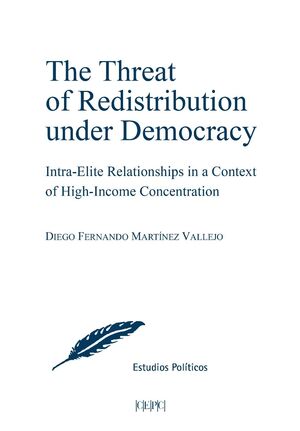 Although an extensive literature states that, in contexts of wide inequality, democratic regimes force income redistribution from rich to poor, there is evidence in the opposite direction: democratic regimes can maintain and even accentuate inequality. This book asserts that the types of relationships the elites establish would explain why democracies are not necessarily effective in redistributing income. In the book, it is argued that the likelihood of redistribution will be less if economic elites establish cohesive relationships with the political and the military elites. Likewise, very close to Barrington Moore's thesis, this book also argues that the more cohesive the relationship between bourgeoisie and landowners, the more difficult it will be for democracy to survive in the event of redistributive threats. The argument presented here points out that high degrees of elites’ cohesion guarantees that the richest would have effective political representation in defense of their interests, as well as military protection against redistributive threats, even at the cost of democracy.