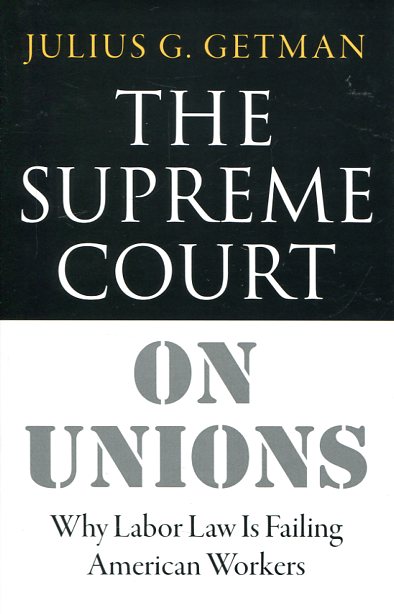 Labor unions and courts have rarely been allies. From their earliest efforts to organize, unions have been confronted with hostile judges and antiunion doctrines. In this book, Julius G. Getman argues that while the role of the Supreme Court has become more central in shaping labor law, its opinions betray a profound ignorance of labor relations along with a persisting bias against unions. In The Supreme Court on Unions, Getman critically examines the decisions of the nation's highest court in those areas that are crucial to unions and the workers they represent: organizing, bargaining, strikes, and dispute resolution.As he discusses Supreme Court decisions dealing with unions and labor in a variety of different areas, Getman offers an interesting historical perspective to illuminate the ways in which the Court has been an influence in the failures of the labor movement. During more than sixty years that have seen the Supreme Court take a dominant role, both unions and the institution of collective bargaining have been substantially weakened. While it is difficult to measure the extent of the Court s responsibility for the current weak state of organized labor and many other factors have, of course, contributed, it seems clear to Getman that the Supreme Court has played an important role in transforming the law and defeating policies that support the labor movement."