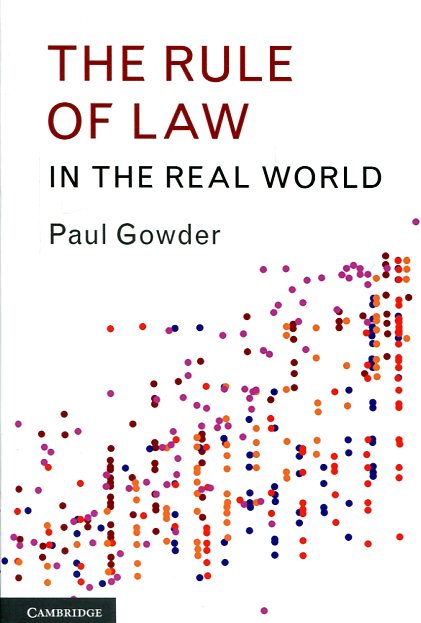 The rule of the Law in the real world

In The Rule of Law in the Real World, Paul Gowder defends a new conception of the rule of law as the coordinated control of power and demonstrates that the rule of law, thus understood, creates and preserves social equality in a state. In a highly engaging, interdisciplinary text that moves seamlessly from theory to reality, using examples ranging from Ancient Greece through the present, Gowder sheds light on how societies have achieved the rule of law, how they have sustained it in the face of political upheaval, and how it may be measured and developed in the future. The Rule of Law in the Real World is an essential work for scholars, students, policymakers, and anyone else who believes the rule of law is critical to the proper functioning of society.