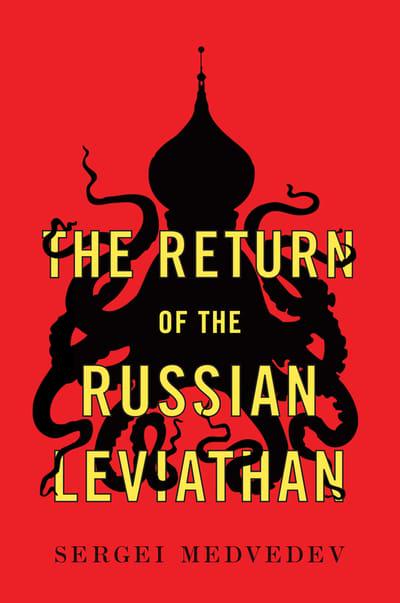 The return of the Russian Leviathan

Russia’s relationship with its neighbours and with the West has worsened dramatically in recent years. Under Vladimir Putin’s leadership, the country has annexed Crimea, begun a war in East Ukraine, used chemical weapons on the streets of the UK and created an army of Internet trolls to meddle in the US presidential elections. How should we understand this apparent relapse into aggressive imperialism and militarism?

In this lively and well-informed account, the Russian sociologist and political scientist Sergei Medvedev sets out to explain the unexpected transformation of the country during Putin’s third term in office, from 2012 to 2018. He argues that this new wave of Russian nationalism is the result of mentalities that have long been embedded within the Russian psyche. Whereas in the West, the turbulent social changes of the 1960s and a rising awareness of the legacy of colonialism have modernized attitudes, Russia has been stymied by an enduring sense of superiority over its neighbours alongside a painful nostalgia for empire. It is this infantilized and irrational worldview that Putin and others have exploited, as seen most clearly in Russia’s recent foreign policy decisions. In the annexation of Crimea, Medvedev shows how patriotic rhetoric served to trump considerations of political or human cost. Inciting nationalist fervour may have been an effective way to consolidate Putin’s power within the Kremlin but it fractured relations with the West and it can only mask for so long the inability of the state to address the myriad of social and economic challenges facing Russia today.

This sharp and insightful book, full of irony and humour, shows how the archaic forces of imperial revanchism have been brought back to life, shaking Russian society and threatening the outside world. It will be of great interest to anyone trying to understand the forces shaping Russian politics and society.