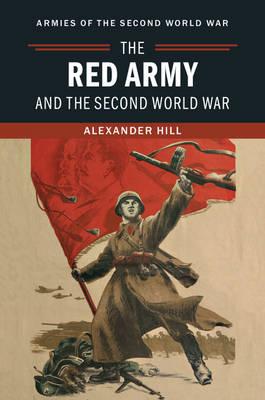 The Red Army and the Second World War

In a definitive new account of the Soviet Union at war, Alexander Hill charts the development, successes and failures of the Red Army from the industrialisation of the Soviet Union in the late 1920s through to the end of the Great Patriotic War in May 1945. Setting military strategy and operations within a broader context that includes national mobilisation on a staggering scale, the book presents a comprehensive account of the origins and course of the war from the perspective of this key Allied power. Drawing on the latest archival research and a wealth of eyewitness testimony, Hill portrays the Red Army at war from the perspective of senior leaders and men and women at the front line to reveal how the Red Army triumphed over the forces of Nazi Germany and her allies on the Eastern Front, and why it did so at such great cost.