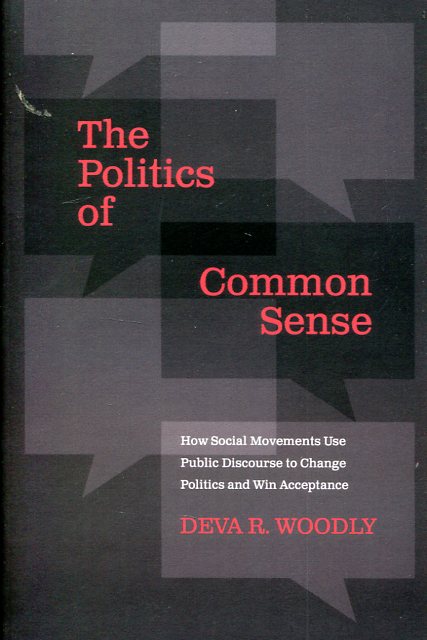 The way that movements communicate with the general public matters for their chances of lasting success. Devo Woodly argue that the potential for movement-led political change is significantly rooted in mainstream democratic discourse and specifically in the political acceptance of new issues by news media, the general public, and elected officials. This is true to some extent for any group wishing to alter status quo distributions of rights and/or resources, but is especially important for grassroots challengers who do not already have a place of legitimated influence in the polity. By examining the talk of two contemporary movements, the living wage and marriage equality, during the critical decade after their emergence between 1994-2004, Woodly shows that while the living wage movement experienced over 120 policy victories and the marriage equality movement suffered many policy defeats, the overall impact that marriage equality had on changing American politics was much greater than that of the living wage because of its deliberate effort to change mainstream political discourse, and thus, the public understanding of the politics surrounding the issue.