The Ottoman world, the Mediterranean and North Africa, 1660-1760

Dr Heywood's second volume of collected papers in the Variorum series brings together fourteen studies published between 2000 and 2010. They represent two of the main strands of his interests during the past decade: the era of Ottoman history dominated by the ministerial family of Koprulu; and the maritime history of the 'post-Braudelian' Mediterranean, in the later 17th and early 18th centuries. Aspects of the Koprulu era under examination in Part One include the shifting chronology of the Cehrin campaign of 1678; a study of the role of renegades in Ottoman service, linked in this instance to the Venetian betrayal of the Cretan fortress of Grabusa to the Ottomans in 1691, and a study of the reorganisation of the Ottoman state courier service in 1696, together with three studies of English diplomacy at the Porte during the 'Long War' of 1683-99.In Part Two maritime and Mediterranean themes predominate. Four papers revolve around the complexities of the English maritime and commercial presence in Algiers in the decades before and after 1700, and two examine the Ottoman maritime frontier in the western Mediterranean and in the Aegean in the same period. The volume concludes with a look at the daily (and mainly maritime) uncertainties in the life of the French community in Cyprus at the turn of the eighteenth century, and an examination of the emergence of Fernand Braudel's intellectual involvement with Ottoman history, down to the publication in 1949 of his epochal study of the Mediterranean in the age of Philip II. 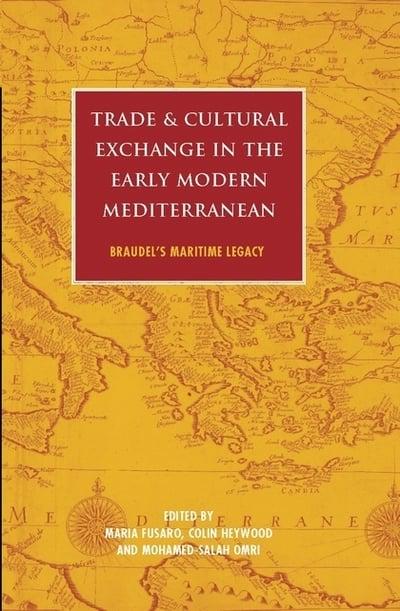 Trade and cultural exchange in the Early Modern Mediterranean