The mother of the gods, Athens and the tiranny of Asia
a study of sovereignty in ancient religion

This book elegantly illustrates how ancient divinities were not static types, but rather expressions of cultural systems that responded to historical change. Presenting a new perspective on the context in which the Homeric and Hesiodic epics were composed, Munn traces the transformation of the Asiatic deity who was the goddess of Sacred Marriage among the Assyrians and Babylonians, equivalent to Ishtar. Among the Lydians, she was the bride to tyrants and the mother of tyrants. To the Greeks, she was Aphrodite. An original and compelling consideration of the relations between the Greeks and the dominant powers of western Asia, The Mother of the Gods, Athens, and the Tyranny of Asia is the first thorough examination of the way that religious cult practice and thought influenced political activities during and after the sixth and fifth centuries B.C. 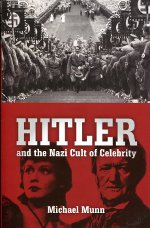 Hitler and the Nazi cult of celebrity