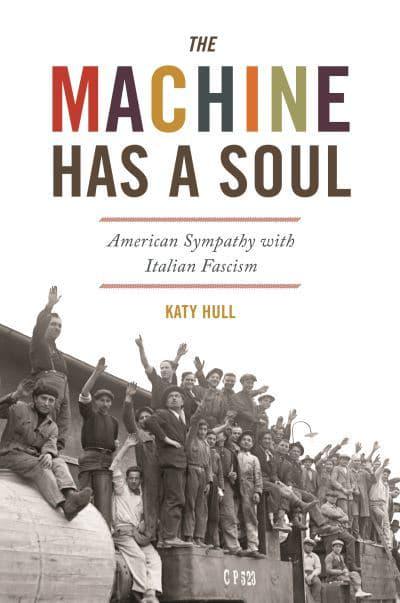 The machine has a soul
american sympathy with italian fascism

In the interwar years, the United States grappled with economic volatility, and Americans expressed anxieties about a decline in moral values, the erosion of families and communities, and the decay of democracy. These issues prompted a profound ambivalence toward modernity, leading some individuals to turn to Italian fascism as a possible solution for the problems facing the country. The Machine Has a Soul delves into why Americans of all stripes sympathized with Italian fascism, and shows that fascism's appeal rested in the image of Mussolini's regime as "the machine which will run and has a soul"-a seemingly efficient and technologically advanced system that upheld tradition, religion, and family.

Katy Hull focuses on four prominent American sympathizers: Richard Washburn Child, a conservative diplomat and Republican operative; Anne O'Hare McCormick, a distinguished New York Times journalist; Generoso Pope, an Italian-American publisher and Democratic political broker; and Herbert Wallace Schneider, a Columbia University professor of moral philosophy. In fascism's violent squads they saw youthful glamour and impeccable manners, in the megalomaniacal Mussolini they perceived someone both current and old-fashioned, and in the corporate state they witnessed a politics that could revive addled minds. They argued that with the right course of action, the United States could use fascism to take the best from modernity while withstanding its harmful effects.

Investigating the motivations of American fascist sympathizers, The Machine Has a Soul offers provocative lessons about authoritarianism's appeal during times of intense cultural, social, and economic strain.