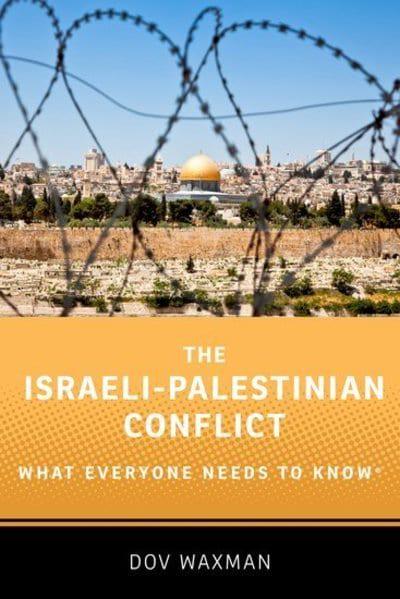 The israeli-palestinian conflict
what everyone needs to know

No conflict in the world has lasted as long, generated as many news headlines, or incited as much controversy as the Israeli-Palestinian conflict. Yet, despite, or perhaps because of, the degree of international attention it receives, the conflict is still widely misunderstood. While Israelis and Palestinians and their respective supporters trade accusations, many outside observers remain confused by the conflict's complexity and perplexed by the passion it arouses. The Israeli-Palestinian Conflict: What Everyone Needs to Know offers an even-handed and judicious guide to the world's most intractable dispute. Rather than presenting a traditional, narrative history, this book employs an accessible question-and-answer format. Writing in an engaging, jargon-free style, Dov Waxman, a leading expert on the Middle East, provides clear and concise answers to common questions, from the most basic to the most contentious. Covering the conflict from its nineteenth-century origins to the latest developments of the twenty-first century, this book explains the key events, examines the core issues, and presents the competing claims and narratives of both sides. Readers will learn what the Israeli-Palestinian conflict is all about, how it has evolved over time, and why it continues to defy diplomatic efforts at a resolution.