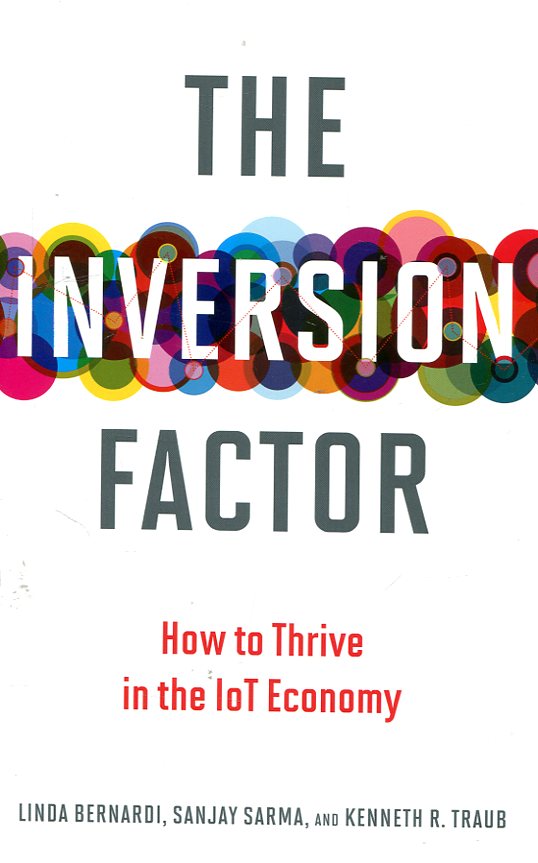 The inversion factor
how to thrive in the loT economy

In the past, companies found success with a product-first orientation; they made a thing that did a thing. The Inversion Factor explains why the companies of today and tomorrow will have to abandon the product-first orientation. Rather than asking “How do the products we make meet customer needs?” companies should ask “How can technology help us reimagine and fill a need?” Zipcar, for example, instead of developing another vehicle for moving people from point A to point B, reimagined how people interacted with vehicles. Zipcar inverted the traditional car company mission.

The authors explain how the introduction of “smart” objects connected by the Internet of Things signals fundamental changes for business. The IoT, where real and digital coexist, is powering new ways to meet human needs. Companies that know this include giants like Amazon, Airbnb, Uber, Google, Tesla, and Apple, as well as less famous companies like Tile, Visenti, and Augury. The Inversion Factor offers a roadmap for businesses that want to follow in their footsteps.