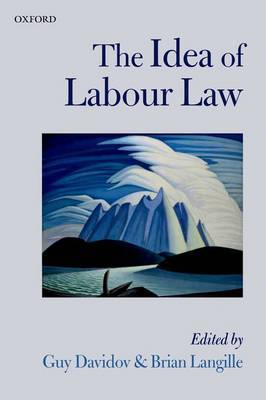 The idea of labour Law

Labour law is widely considered to be in crisis by scholars of the field. This crisis has an obvious external dimension - labour law is attacked for impeding efficiency, flexibility, and development; vilified for reducing employment and for favouring already well placed employees over less fortunate ones; and discredited for failing to cover the most vulnerable workers and workers in the "informal sector". These are just some of the external challenges to labour law. There is also an internal challenge, as labour lawyers themselves increasingly question whether their discipline is conceptually coherent, relevant to the new empirical realities of the world of work, and normatively salient in the world as we now know it. This book responds to such fundamental challenges by asking the most fundamental questions: What is labour law for? How can it be justified? And what are the normative premises on which reforms should be based? There has been growing interest in such questions in recent years. In this volume the contributors seek to take this body of scholarship seriously and also to move it forward. Its aim is to provide, if not answers which satisfy everyone, intellectually nourishing food for thought for those interested in understanding, explaining and interpreting labour laws - whether they are scholars, practitioners, judges, policy-makers, or workers and employers.

Boundaries and frontiers of labour Law