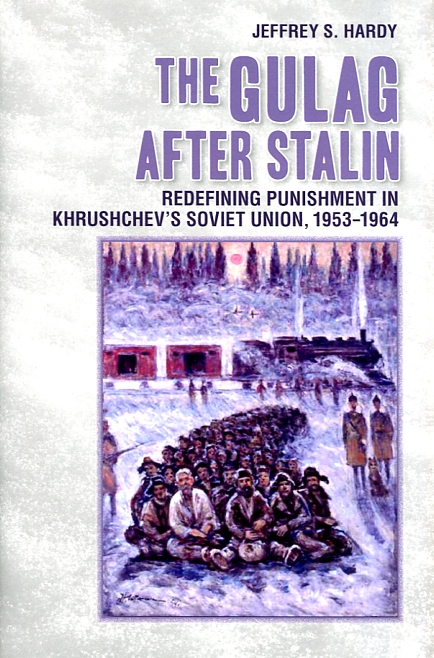 The gulag after Stalin
redefining punishment in Khrushchev's Soviet Union, 1953-1964

In The Gulag after Stalin, Jeffrey S. Hardy reveals how the vast Soviet penal system was reimagined and reformed in the wake of Stalin's death. Hardy argues that penal reform in the 1950s was a serious endeavor intended to transform the Gulag into a humane institution that reeducated criminals into honest Soviet citizens. Under the leadership of Minister of Internal Affairs Nikolai Dudorov, a Khrushchev appointee, this drive to change the Gulag into a "progressive" system where criminals were reformed through a combination of education, vocational training, leniency, sport, labor, cultural programs, and self-governance was both sincere and at least partially effective.

The new vision for the Gulag faced many obstacles. Reeducation proved difficult to quantify, a serious liability in a statistics-obsessed state. The entrenched habits of Gulag officials and the prisoner-guard power dynamic mitigated the effect of the post-Stalin reforms. And the Soviet public never fully accepted the new policies of leniency and the humane treatment of criminals. In the late 1950s, they joined with a coalition of party officials, criminologists, procurators, newspaper reporters, and some penal administrators to rally around the slogan The camp is not a resort and succeeded in reimposing harsher conditions for inmates. By the mid-1960s the Soviet Gulag had emerged as a hybrid system forged from the old Stalinist system, the vision promoted by Khrushchev and others in the mid-1950s, and the ensuing counterreform movement. This new penal equilibrium largely persisted until the fall of the Soviet Union.