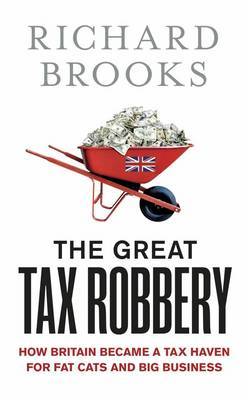 Investigative journalist and former tax-inspector Richard Brooks makes a mockery of government promises to "crack" the problem of tax avoidance. Discover why thousands of British state schools and NHS hospitals are owned by shell companies based in offshore tax havens; how "British" companies like Vodafone are designing their own tax laws; and how the taxman turns a blind eye to billions in illegally evaded tax in secret Swiss bank accounts. This ground-breaking expose charts how the UK has become a global tax haven that serves the super wealthy, while everyone else picks up the bill. From offshore City bonus schemes to the exploitation of developing countries, Brooks unpicks the tangled mess of loopholes that well known multinationals, bankers, and celebrities use to legally circumvent British tax. Shocking and riveting, this is a bold manifesto for a tax system where we all contribute our fair share.