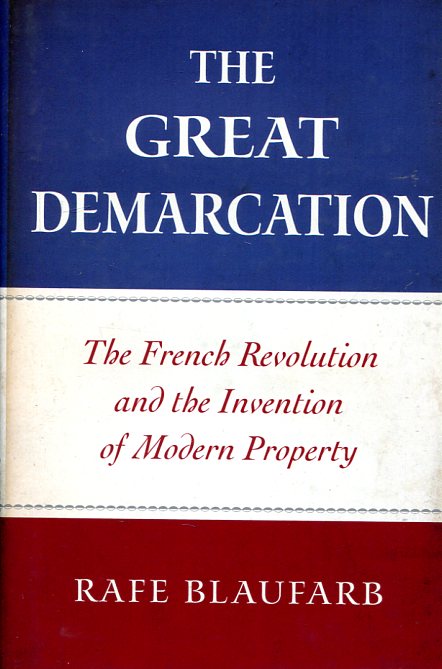 The Great Demarcation explores how the French Revolution transformed the system of property-holding that had existed in France before 1789, thus creating the framework for modern definitions of property and political forms. This book examines the Revolution not from an economic or social perspective, but through the lens of the laws and institutions of property. The Revolution's dramatic legal restructuring aimed at two fundamental goals: removing formal public power from the sphere of private property, and excising property rights from the realm of the new sovereign, the nation. The revolutionaries accomplished these two aims by abolishing privately-owned forms of public power-such as jurisdictional lordship and venal public office-and by dismantling the Crown domain to construct a purely sovereign State. These efforts brought about a Great Demarcation: a radical distinction between property and power from which flowed critical distinctions between the political and the social, state and society, sovereignty and ownership, the public and private. These distinctions destroyed the conceptual basis of the Old Regime, laid the foundation of France's new constitutional order, and crystallized modern ways of thinking about polities and societies. This, Blaufarb claims, was the Revolution's fundamental act, the stake in the Old Regime's heart, and the basis of all of its other reforms. Tracing how the French Revolution sought to remake the country's legal and institutional reality, The Great Demarcation shows how the revolutionary transformation of Old Regime property helped to inaugurate political modernity.