The Lisbon Treaty, which came into force in December 2009, aims to make the European Union both more efficient and legitimate. Two new important posts were created; an elected President of the European Council and a High Representative (HR) of the Union for Foreign and Security Policy who will also be a Vice-President of the Commission. Leading international scholars have been gathered together to examine the institutional choices and innovations of the Lisbon Treaty and discuss the likely effects of these changes. Will the changes meet the declared goals of a more efficient and democratic Union which will allow the EU to act internationally with greater coherence and efficiency? If institutions matter, how much do they matter? How significant is the Lisbon Treaty? What kind of leadership will be available in the post-Lisbon EU?. 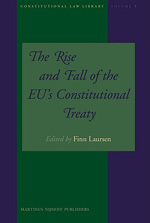 The rise and fall of the EU's Constitutional treaty 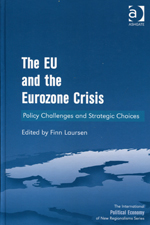 The EU and the eurozone crisis