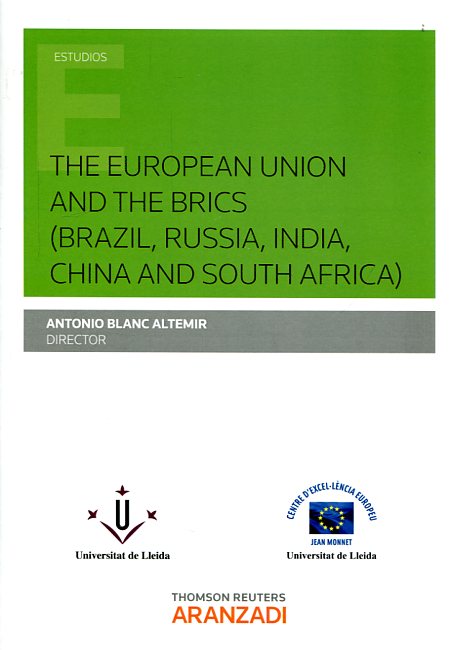 The European Union and the BRICS (Brazil Russi, India, China and South Africa)

BRICS potent upsurge (Brazil, Russia, China, India and South Africa) in the last few years and its increasing role in the global arena is confirmed by the fact that its five Member States account for 40% of the worlds population and 25% of the GDP, having created half the global growth last decade. Furthermore, there are other facts related to the BRICS that require a profound analysis. On the one hand, it is important to highlight the continuous connectedness exhibited by the five members of the bloc regarding global issues or international conflicts discussed in international forums. On the other hand, trade relations between the European Union and the BRICS bloc members provide data certainly spectacular, having reached a global trade exchange of over 900,000 million euros in 2013, with a negative balance for the EU of over 200,000 million euros. Therefore, this range of strong reasons led us to examine the relations between the European Union and the BRICS.