"The Death and Life of the Music Industry in the Digital Age" challenges the conventional wisdom that the internet is 'killing' the music industry. While technological innovations (primarily in the form of peer-to-peer file-sharing) have evolved to threaten the economic health of major transnational music companies, Rogers illustrates how those same companies have themselves formulated highly innovative response strategies to negate the harmful effects of the internet. In short, it documents how the radical transformative potential of the internet is being suppressed by legal and organisational innovations. Grounded in a social shaping perspective, "The""Death and Life of the Music Industry in the Digital Age" contends that the internet has not altered pre-existing power relations in the music industry where a small handful of very large corporations have long since established an oligopolistic dominance. Furthermore, the book contends that widespread acceptance of the idea that online piracy is rampant, and music largely 'free' actually helps these major music companies in their quest to bolster their power. In doing this, the study serves to deflate much of the transformative hype and digital 'deliria' that has accompanied the internet's evolution as a medium for mass communication. 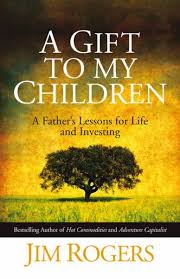 A gift to my children

A Bull in China