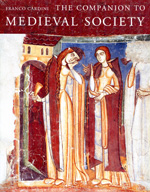 The Companion to medieval society

Presenting one thousand years of Medieval European society through its pivotal political events and representative art works, The Companion to Medieval Society is the most comprehensive and richly illustrated overview of the period to date. Offering an extraordinary historical synthesis, Franco Cardini, one of Italy's foremost experts in medieval studies, distils a lifetime's worth of knowledge into this compelling and accessible work. Cardini skilfully draws readers into a complex and intriguing world of diverse traditions, languages, and social groups, showcasing their representative features, differences, and their points of conflict and alliance. Over the course of time, the ruins left in the wake of the collapse of the Roman Empire were replaced by Christendom and monasticism, the feudal courts, and the reawakening of Europe's prominent cities. Cardini debunks the oversimplification of the medieval period, illustrating a continuum of shared cultures, powerfully crystallized social differences, and the formation of the scientific and social ideologies of a complex time. Spanning political, cultural, and ideological issues, as well as explorations of topics dealing with women, foreigners, inter-city relations, and the transmission of knowledge, The Companion to Medieval Society traces the development of a civilization over the centuries. 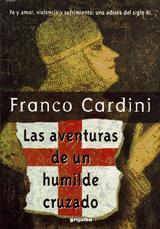