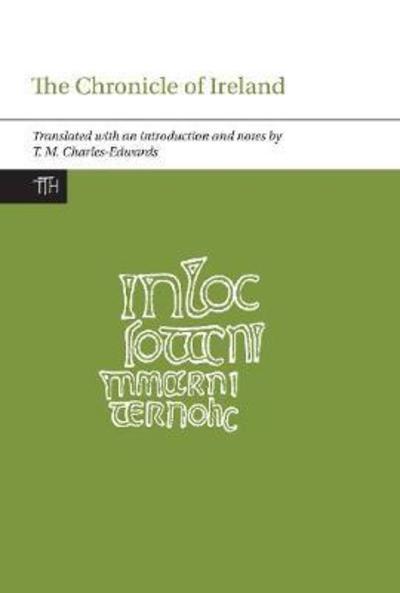 The Chronicle of Ireland is the principal source for the history of events not only in Ireland itself but also in what is now Scotland up to 911. It incorporated annals compiled on Iona up to c. 740 - a monastery which played a major role in the history of Ireland, of the Picts to its east and, from 635 to 664, of Northumbria. Up to c. 740 the Chronicle is thus a crucial source for both Ireland and Britain; and from c. 740 to 911 it still records some events outside Ireland. The text of the Chronicle is best preserved in the Annals of Ulster, but it was also transmitted through chronicles derived from a version made at the monastery of Clonmacnois in the Irish midlands. This translation is set out so as to show at a glance what text is preserved in both branches of the tradition and what is in only one.

Translated with an introduction and notes by T.M. Charles-Edwards.