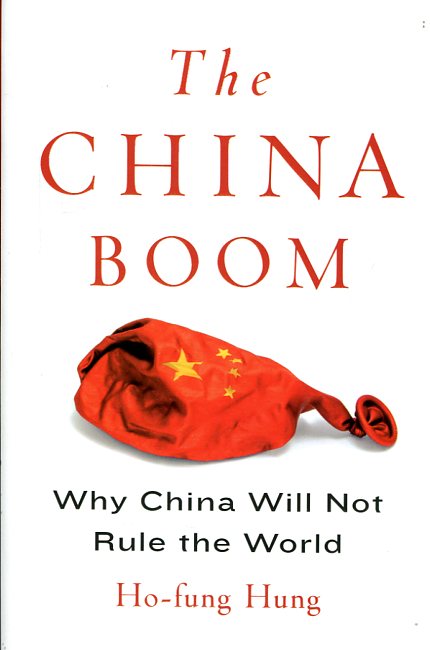 The China boom
why China will not rule the world

Many thought China's rise would fundamentally remake the global order. Yet, much like other developing nations, the Chinese state now finds itself in a status quo characterized by free trade and American domination. Through a cutting-edge historical, sociological, and political analysis, Ho-fung Hung details the competing interests and economic realities that temper the dream of Chinese supremacy--forces that are stymieing growth throughout the global South. Hung focuses on four common misconceptions: that China could undermine orthodoxy by offering an alternative model of growth; that China is radically altering power relations between the East and the West; that China is capable of diminishing the global power of the United States; and that the Chinese economy would restore the world's wealth after the 2008 financial crisis. His work reveals how much China depends on the existing order and how the interests of the Chinese elites maintain these ties. Through its perpetuation of the dollar standard and its addiction to U.S. Treasury bonds, China remains bound to the terms of its own prosperity, and its economic practices of exploiting debt bubbles are destined to fail. Hung ultimately warns of a postmiracle China that will grow increasingly assertive in attitude while remaining constrained in capability.