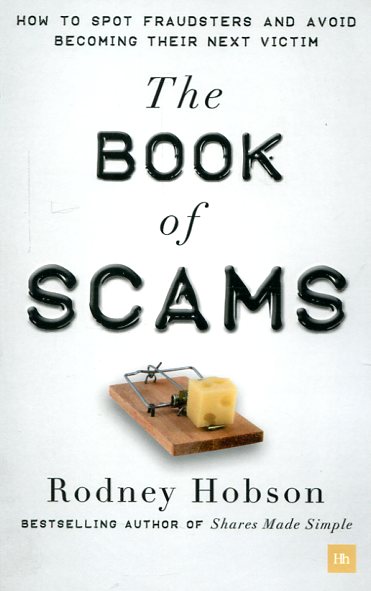 Modern communications have enabled fraudsters to operate on a massive scale that was previously unimaginable. Thousands of people, mainly the old and vulnerable but also those who are highly intelligent and successful, are relieved of billions of pounds each year. It is estimated that one in 20 UK bank customers were the victims of scams in 2014 alone. No-one knows the full scale of fraud because embarrassed victims often fail to report it. Despite all the publicity surrounding scams in the press, people keep falling for old tricks that often re-emerge in new guises. Scammers are ingenious, utterly ruthless and without conscience. Rodney Hobson, author of the best-selling beginners guide to stock market investing Shares Made Simple, has produced the first definitive guide to scams, categorising the different types, listing tell-tale signs and advising how to spot a fraudster and avoid becoming the next victim. This makes the basic principles behind each type of scam more recognisable and it shows how scams have evolved and re-emerged through time.Danger lurks for those unwary souls who part only too readily with their hard-earned cash and this book will help readers be alert to the risks. It is also meant to entertain, as we learn to grudgingly admire as well as despise the ingenious crooks who lurk in the shadows.