The anti-communist manifestos
four books that shaped the cold war

Hell hath no fury like a communist converted-and, more so, one who knows how to wield a typewriter. In this lively, bookish tale, medievalist, retired Princeton professor and-importantly for this story- amateur bookbinder Fleming examines the curious careers of four fellow travelers whose conversions away from the cause occasioned once- important books. As the author notes at the outset, their anti-communism means, in the broadest sense, opposition not to socialism but to Stalinism, brought on by personal betrayals and intrigues on one hand and the appalling spectacle of show trials, purges and the Nazi-Soviet concordat on the other. Each of these writers had a checkered career. The Hungarian journalist Arthur Koestler, possibly the best known of them internationally, was a "polymath intellectual," but also a "serial rapist," according to former British socialist intellectual Richard Crossman, the editor of The God That Failed (1950), a significant antecedent to Fleming's book. Whittaker Chambers, famed in the days of McCarthy and company, sheltered a whole host of neuroses and ugly secrets. Fleming's other case studies were well known in their day but hardly mentioned or remembered now. A German Communist named Richard Krebs, writing as Jan Valtin, penned the bestselling expose Out of the Night (1941) while nursing a reputation as a "professional thug" and former San Quentin inmate, while Victor Kravchenko, a Soviet engineer, brought adeptness at "dishonest servility and self-preserving self- centeredness" across the waters to America. Each wrote books that helped turn the tide away from viewing the Soviet Union as an erstwhile ally and toward considering it a voracious, empire-hungry bearwith an appetite for American babies. Perhaps the most interesting was Kravchenko, whose book I Chose Freedom (1946) was popular enough that he was pitching a "rather vague plan" to his publisher by way of an anti- Stalinist franchise-a perfect huckster, in other words, for any ti 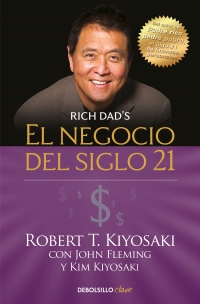