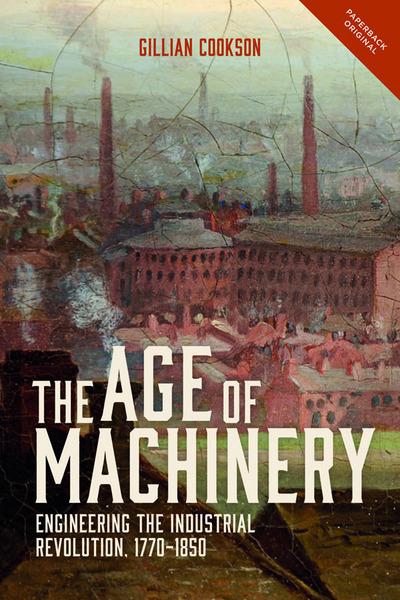 The Age of Machinery
engineering the Industrial Revolution, 1770-1850

The engineers who built the first generations of modern textile machines, between 1770 and 1850, pushed at the boundaries of possibility. This book investigates these pioneering machine-makers, almost all working within textile communities in northern England, and the industry they created. It probes their origins and skills, the sources of their inspiration and impetus, and how it was possible to develop a high-tech, factory-centred, world-leading market in textile machinery virtually from scratch. The story of textile engineering defies classical assumptions about the driving forces behind the Industrial Revolution. The circumstances of its birth, and the personal affiliations at work during periods of exceptional creativity, suggest that the potential to accelerate economic growth could be found within social assets and craft skills. Appreciating textile engineering within its own time and context challenges views inherited from Victorian thinkers, who tended to ascribe to it features of the fully fledged industry they saw before them. The Age of Machinery is an engagingly written account of the trade in its key northern centres, devoid of jargon and yet tightly argued, equally rich with historical narrative and analysis. It will be invaluable not only to students and scholars of British economic history and the Industrial Revolution but also to social scientists looking at human agency and its contribution to economic growth and innovation.