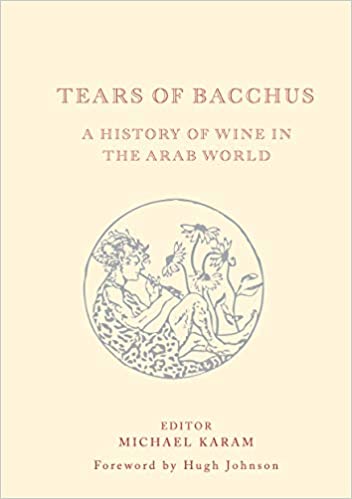 Tears of Bacchus
A history of wine in the arab world

Tears of Bacchus relates the story of wine in the Middle East, essentially Lebanon and Syria, from the dawn of time to the present day in the form of a linear series of essays written in various "voices" - historian, archaeologist, novelist, wine writer, journalist, curator, anthropologist. It charts wine's influence on early civilizations and cultures, religion and mythology, before heading off into the Byzantine, Medieval Ottoman and ultimately the modern era, an age defined by strife and instability.