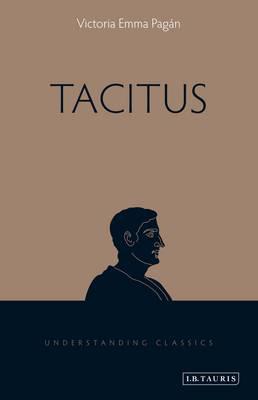 The greatest of Roman historians, Publius Cornelius Tacitus (56-117 CE) studied rhetoric in Rome. His rhetorical and oratorical gifts are evident throughout his most substantial works, the incomplete but still remarkable Annals and Histories. In concise and concentrated prose, marked by sometimes bitter and ironic reflections on the human capacity to misuse power, Tacitus charts the violent trajectory of the Roman Empire from Augustus' death in 14 CE to the end of Domitian's rule in 96. Victoria Emma Pagan looks at Tacitus from a range of perspectives: as a literary stylist, perhaps influenced by Sallust; his notion of time; his modes of discourse; his place in the historiography of the era; and the later reception of Tacitus in the Renaissance and early modern periods. Tacitus remains of major interest to students of the Bible, as well as classicists, by virtue of his reference to 'Christus' and Nero's persecution of the Christians after the great fire of Rome in 64 CE. This lively survey enables its readers fully to appreciate why, in holding a mirror up to venality and greed, the work of Tacitus remains eternal.