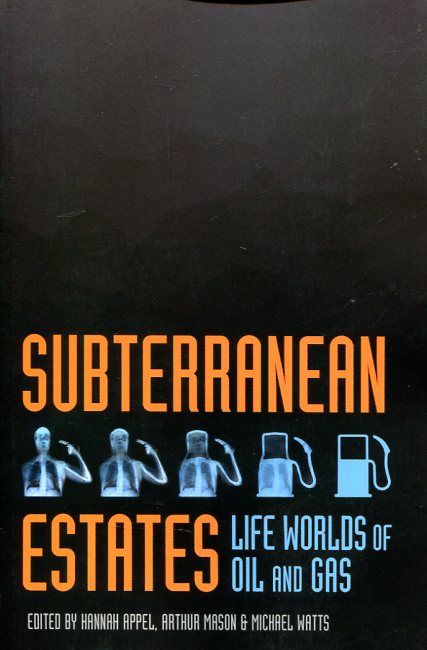 The scale and reach of the global oil and gas industry, valued at several trillions of dollars, is almost impossible to grasp. Despite its vast technical expertise and scientific sophistication, the industry betrays a startling degree of inexactitude and empirical disagreement about foundational questions of quantity, output, and price. As an industry typified by concentrated economic and political power, its operations are obscured by secrecy and security. Perhaps it is not surprising, then, that the social sciences typically approach oil as a metonym—of modernity, money, geopolitics, violence, corruption, curse, ur-commodity—rather than considering the daily life of the industry itself and of the hydrocarbons around which it is built.
Instead, Subterranean Estates gathers an interdisciplinary group of scholars and experts to provide a critical topography of the hydrocarbon industry, understood not solely as an assemblage of corporate forms but rather as an expansive and porous network of laborers and technologies, representation and expertise, and the ways of life oil and gas produce at points of extraction, production, marketing, consumption, and combustion. By accounting for oil as empirical and experiential, the contributors begin to demystify a commodity too often given almost demiurgic power.