Studies on the history and topography of byzantine Constantinople

Constantinople originated in 330 A.D. as the last great urban foundation of the ancient world. When it was sacked by the Fourth Crusade in 1204, it was the greatest city of the European Middle Ages. Its transition from the one to the other was determined partly by its continuous function as an imperial capital, partly by the steady proliferation of churches, monasteries, and Christian philanthropic institutions, and partly by the widespread urban disruption and depopulation that affected what was left of the Roman Empire in the east from the sixth to the eighth centuries.The studies in the present volume examine aspects of this long and complex process as reflected in the topography, monuments, self-image and political status of medieval Constantinople. They include a revised English version of a monograph published in French ten years ago, nine reprinted articles, and two published here for the first time. 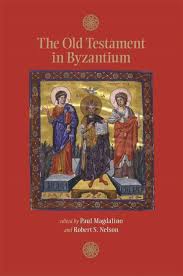 The Old Testament in Byzantium