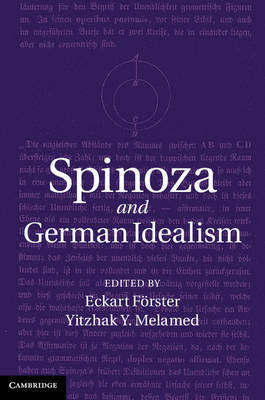 There can be little doubt that without Spinoza, German Idealism would have been just as impossible as it would have been without Kant. Yet the precise nature of Spinoza's influence on the German Idealists has hardly been studied in detail. This volume of essays by leading scholars sheds light on how the appropriation of Spinoza by Fichte, Schelling and Hegel grew out of the reception of his philosophy by, among others, Lessing, Mendelssohn, Jacobi, Herder, Goethe, Schleiermacher, Maimon and, of course, Kant. The volume thus not only illuminates the history of Spinoza's thought, but also initiates a genuine philosophical dialogue between the ideas of Spinoza and those of the German Idealists. The issues at stake - the value of humanity; the possibility and importance of self-negation; the nature and value of reason and imagination; human freedom; teleology; intuitive knowledge; the nature of God - remain of the highest philosophical importance today.

The twenty-five years of Philosophy