Stanley Kubrick's epic film "Spartacus" has enjoyed iconic status in cinema history and strongly influenced modern perspectives on ancient Rome. This book examines the film from different historical, political, and cinematic perspectives. The chief ancient sources on the slave revolt led by Spartacus are included in translation. Contributors explore the film's representation of history, the political climate at the time of its making, the history of its production, censorship, and restoration, its place in film history, and its enduring appeal. For the first time, the book offers suggestions for a new version of the film that comes even closer to the filmmakers' original intent than the restoration currently available. 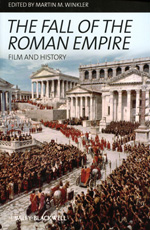 The fall of the Roman Empire