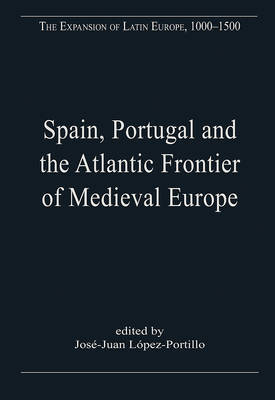 Spain, Portugal and the atlantic frontier of medieval Europe

As seen from the perspective of 1492, the medieval expansion of Latin Europe was nowhere as dramatic or enduring as in the Iberian Peninsula and the Atlantic. Its Christian kingdoms continued their advance against Al-Andalus up to 1492, whereas territorial expansion elsewhere against the Muslim world had either ceased or subsided by the late 13th century. Castile and Portugal also transformed the Atlantic Ocean from the inaccessible dead-end of Eurasia into the most promising avenue for European expansion for the first time in history. The articles collected in this volume explore the causes and the nature of this expansion, from a variety of historical traditions. They investigate the extent to which the 'transference' of Mediterranean traditions aided this process; the characteristics of Iberian conflict that eventually led to the success of its Christian kingdoms; and the motives for launching, and techniques for running, the first European 'overseas empires' in the unfolding Atlantic frontier. In the process they illuminate the new identities and cultural interactions that this expansion produced in its wake, while the new introduction sets them in the broader context.