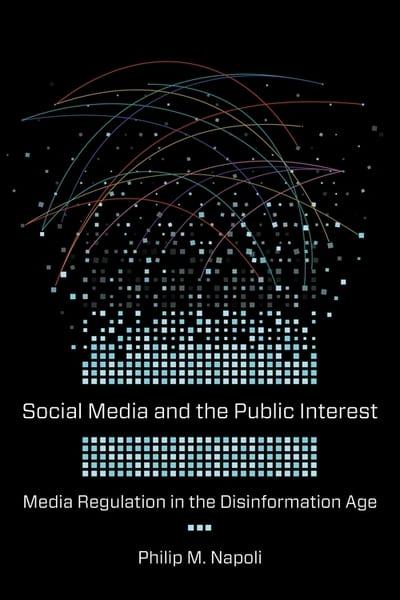 Facebook, a platform created by undergraduates in a Harvard dorm room, has transformed the ways millions of people consume news, understand the world, and participate in the political process. Despite taking on many of journalism's traditional roles, Facebook and other platforms, such as Twitter and Google, have presented themselves as tech companies-and therefore not subject to the same regulations and ethical codes as conventional media organizations. Challenging such superficial distinctions, Philip M. Napoli offers a timely and persuasive case for understanding and governing social media as news media, with a fundamental obligation to serve the public interest.

Social Media and the Public Interest explores how and why social media platforms became so central to news consumption and distribution as they met many of the challenges of finding information-and audiences-online. Napoli illustrates the implications of a system in which coders and engineers drive out journalists and editors as the gatekeepers who determine media content. He argues that a social media-driven news ecosystem represents a case of market failure in what he calls the algorithmic marketplace of ideas. To respond, we need to rethink fundamental elements of media governance based on a revitalized concept of the public interest. A compelling examination of the intersection of social media and journalism, Social Media and the Public Interest offers valuable insights for the democratic governance of today's most influential shapers of news.