Shores of knowledge
new world discoveries and the scientific imagination

When Columbus first returned to Spain from the Caribbean, he dazzled King Ferdinand and Queen Isabella with exotic parrots, tropical flowers, and bits of gold. Inspired by the promise of riches, countless seafarers poured out of the Iberian Peninsula and wider Europe in search of spices, treasure, and land. Many returned with strange tales of the New World. Curiosity began to percolate through Europe as the New World's people, animals, and plants ruptured prior assumptions about the biblical description of creation. The Church, long fearful of challenges to its authority, could no longer suppress the mantra "Dare to know!" Noblemen began collecting cabinets of curiosities; soon others went from collecting to examining natural objects with fresh eyes. Observation led to experiments; competing conclusions triggered debates. The foundations for the natural sciences were laid as questions became more multifaceted and answers became more complex. Carl Linneaus developed a classification system and sent students around the globe looking for specimens. Museums, botanical gardens, and philosophical societies turned their attention to nature. National governments undertook explorations of the Pacific. Eminent historian Joyce Appleby vividly recounts the explorers' triumphs and mishaps, including Magellan's violent death in the Philippines; the miserable trek of the "new Argonauts" across the Andes on their mission to determine the true shape of the earth; and how two brilliant scientists, Alexander Humboldt and Charles Darwin, traveled to the Americas for evidence to confirm their hypotheses about the earth and its inhabitants. Drawing on detailed eyewitness accounts, Appleby also tells of the turmoil created in the all societies touched by the explorations. This sweeping, global story imbues the Age of Discovery with fresh meaning, elegantly charting its stimulation of the natural sciences, which ultimately propelled Western Europe toward modernity. 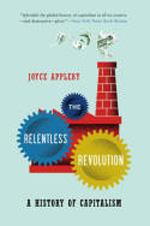