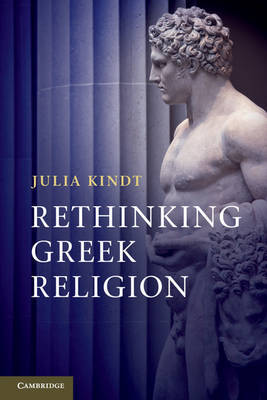 Who marched in religious processions and why? How were blood sacrifice and communal feasting related to identities in the ancient Greek city? With questions such as these, current scholarship aims to demonstrate the ways in which religion maps on to the socio-political structures of the Greek polis ('polis religion'). In this book Dr Kindt explores a more comprehensive conception of ancient Greek religion beyond this traditional paradigm. Comparative in method and outlook, the book invites its readers to embark on an interdisciplinary journey touching upon such diverse topics as religious belief, personal religion, magic and theology. Specific examples include the transformation of tyrant property into ritual objects, the cultural practice of setting up dedications at Olympia, and a man attempting to make love to Praxiteles' famous statue of Aphrodite. The book will be valuable for all students and scholars seeking to understand the complex phenomenon of ancient Greek religion.