Representation through taxation
revenue, politics, and development on postcommunist States

Social scientists teach that politicians favor groups that are organized over those that are not. Yet even organized groups may be unable to credibly promise that their members will take certain actions in return for favorable policy treatment. In such environments, politicians have an incentive to favor those groups - organized or not - whose members find it advantageous to take these actions in any event. Gehlbach develops this argument in the context of the postcommunist experience, focusing on the incentive of politicians to promote sectors that are naturally more tax compliant, regardless of their organization. In the former Soviet Union, tax systems were structured around familiar revenue sources, magnifying this incentive and helping to prejudice public policy against new private enterprise. In Eastern Europe, in contrast, tax systems were created to cast the revenue net more widely, encouraging politicians to provide the collective goods necessary for new firms to flourish. 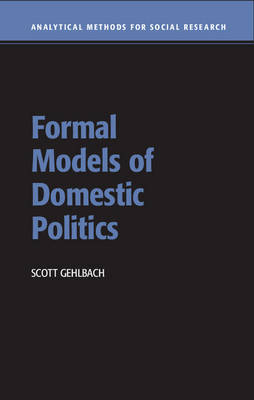