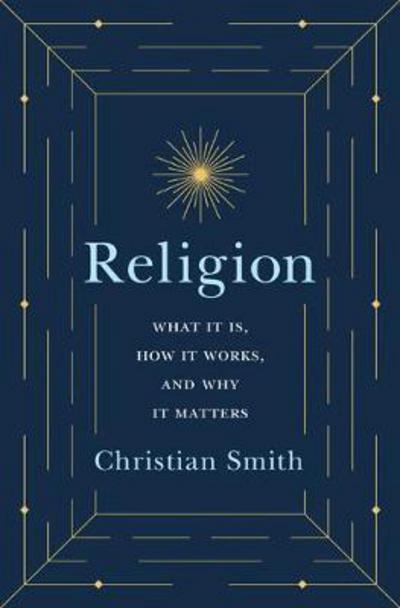 Religion
what it is, how it works, and why it matters

Religion remains an important influence in the world today, yet the social sciences are still not adequately equipped to understand and explain it. This book builds on recent developments in science, theory, and philosophy to advance an innovative theory of religion that goes beyond the problematic theoretical paradigms of the past.

Drawing on the philosophy of critical realism and personalist social theory, Christian Smith answers key questions about the nature, powers, workings, appeal, and future of religion. He defines religion in a way that resolves myriad problems and ambiguities in past accounts, explains the kinds of causal influences religion exerts in the world, and examines the key cognitive process that makes religion possible. Smith explores why humans are religious in the first place-uniquely so as a species-and offers an account of secularization and religious innovation and persistence that breaks the logjam in which so many religion scholars have been stuck for so long.

Certain to stimulate debate and inspire promising new avenues of scholarship, Religion features a wealth of illustrations and examples that help to make its concepts accessible to readers. This superbly written book brings sound theoretical thinking to a perennially thorny subject, and a new vitality and focus to its study.