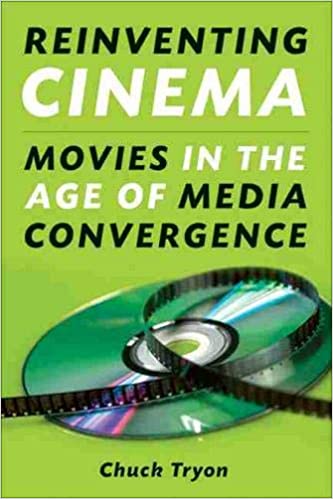 Reinventing cinema
movies in the age of media convergence

For over a century, movies have played an important role in our lives, entertaining us, often provoking conversation and debate. Now, with the rise of digital cinema, audiences often encounter movies outside the theater and even outside the home. Traditional distribution models are challenged by new media entrepreneurs and independent film makers, usergenerated video, film blogs, mashups, downloads, and other expanding networks.
Reinventing Cinema examines film culture at the turn of this century, at the precise moment when digital media are altering our historical relationship with the movies. Spanning multiple disciplines, Chuck Tryon addresses the interaction between production, distribution, and reception of films, television, and other new and emerging media.Through close readings of trade publications, DVD extras, public lectures by new media leaders, movie blogs, and YouTube videos, Tryon navigates the shift to digital cinema and examines how it is altering film and popular culture.