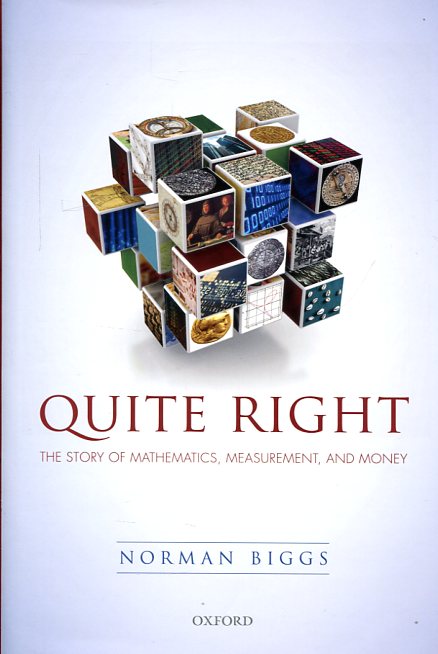 Quite right
the story of mathematics, measurement and money

Mathematics did not spring spontaneously into life, with rules set in stone for all time. Its story is closely linked with the problems of measurement and money that have often driven its progress. Quite Right explains how mathematical ideas have gradually emerged since prehistoric times, so that they pervade almost every aspect of life in the twenty-first century. Many histories of mathematics focus on the activities of those for whom mathematics itself was the motivation. Professor Biggs adopts a wider viewpoint. Making use of new discoveries of artefacts and documents, he explains the part that mathematics has played in the human story, and what that tells us about the nature of mathematics. The story reveals the power and beauty of mathematical concepts, which often belie their utilitarian origins. The twin paradigms of logical justification and algorithmic calculation recur throughout the book. No other book tells the story of mathematics, measurement, and money in this way. Includes secontions on: - The origins of calculation in ancient and medieval times - How mathematics provides answers that are right, and what that means - The impact of trade and the use of money on the development of mathematical algorithms - The use of mathematics for secure communications - How money and information are linked in our electronic world Quite Right is a fascinating story, suitable for anyone interested in the mathematical foundations of the world we live in. Norman Biggs is Professor (Emeritus) of Mathematics at the London School of Economics. He is the author of 12 books, including a perennial best-selling book Discrete Mathematics (Oxford University Press). He has a special interest in measurement and was Chair of the International Society of Weights and Scales Collectors from 2009-14. He served as a Vice President of the British Society for the History of Mathematics in 2014 and is an active member of the British Numismatic Society. 'This is a history of mathematics book with a difference. Instead of the usual chronological sequence of events, presented with mathematical hindsight (interpreting mathematical achievements from a modern point of view), this book tries to see things more from the context of the time - presenting the topics thematically rather than strictly chronologically, and including results and problems only when they fit into the themes EL the level of exposition is first-rate, with a far greater fluency than most mathematical writers can attain EL I am very happy to recommend it wholeheartedly.' Professor Robin Wilson, University of Oxford. 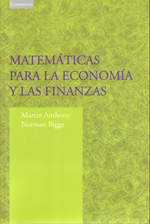