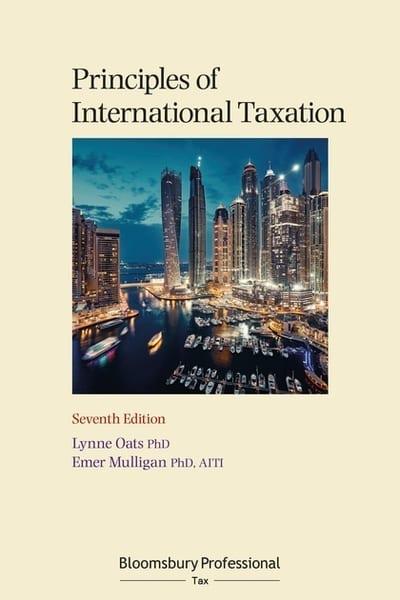 Provides a clear introduction to international taxation and offers more in-depth material on many important areas of the subject. The book presents its material in a global context, explaining the variety of approaches used around the world to deal with the central issues that arise in international tax. Fully updated to cover all new tax legislation and developments in light of the OECD BEPS project implementation, key areas included in this seventh edition are: US tax reform package: Tax cuts and Jobs Act which came into effect on 1 January 2018. This reform is a sweeping overhaul that makes the US more competitive and creates a new and dynamic tax environment requiring businesses to rethink their structures in light of these reforms alongside BEPS measures. Further progress on the OECD Base Erosion and Profit Shifting implementation including: - Update on implementation of BEPS recommendations including artificial avoidance or permanent establishment status and prevention of treaty abuse - Implementation of transfer pricing documentation and country-by-country reporting - Multilateral instrument implementation - Changes to the OECD Model Treaty introduced in 2017 Further developments in European direct taxation including the transparency package, directives on anti-tax avoidance and the common corporate tax base and state aid cases; Recent case law. This highly accessible text deals with the policy, legal issues and planning points central to international taxation, using simple examples and diagrams throughout to aid the reader's understanding. Lists of further reading are given at the end of each chapter, making the book suitable for academic as well as professional use.